As part of the Sustainable Development Goals (SDGs), the world has committed to achieving universal health coverage (UHC) by 2030, but something stands in the way of achieving this goal. Providing affordable access to quality health care services and medicines to all can’t be achieved without simultaneously dealing with one of the deadliest and costliest diseases on

Malaria kills 435,000 people annually, costs at least $12 billion per year, and contributes to many more billions of dollars in lost economic growth. An individual household in Africa, which bears the greatest burden of malaria, loses an estimated 25 percent of its annual income to malaria. Even so, 40 percent of government health services are directed to malaria.

As long as this staggering loss of life and drain on the economy remain, the world will never be able to provide all citizens with the opportunity for a healthy and productive life, free from financial hardship. The good news is malaria can be stopped.

Malaria can be stopped because it is both preventable and treatable. But, as James Snowden of GiveWell points out, “treating malaria is very expensive, preventing malaria is very cheap.” This means greater emphasis needs to be placed on the production and distribution of preventative tools, such as long-lasting insecticide-treated nets (LLINs). Greater effort must also be taken on educating people about how to use these essential tools.

We agree with the RBM Partnership to End Malaria and others within the global health community that a concerted drive to eliminate malaria is both a necessary and complementary component to achieving UHC by 2030.

Imagine if we could add $12 billion to Africa’s GDP, increase economic growth on the continent by 1.3 percent annually, boost household income by 25 percent, and free up 40 percent of government health spending?That is, what would happen if we no longer had to spend precious dollars fighting malaria?

Eradicating malaria means those funds could be directed to providing families with affordable, essential health care services that prevent a wide variety of diseases and cure common ailments. People would be able to work, be productive and live fulfilling lives. Not to mention that children would have the opportunity to learn, develop and grow into healthy adults.

This scenario doesn’t have to be imaginary; malaria can be stopped.

Vestergaard is doing its part by focusing on developing, manufacturing, and distributing innovative PBO – LLINs. These are the innovations that have the capacity to protect vulnerable people from the threat of malaria and stop this deadly disease in its tracks. If we can prevent children from dying, households from plunging into poverty and nations from spending billions on malaria treatments by simply ensuring that all families have access to safe, effective, high-quality vector control tools, then what are we waiting for? We must make it happen.

It is our hope that the global health community will rise to the challenge and commit to achieving malaria eradication within the next generation. Only then can we also reach the goal of providing lifesaving health care services and medicines to all. 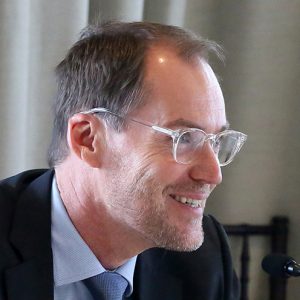