“You could see the mosquitoes dancing on the net. It is as if they are waiting for us to come out of the net to bite us!”

These were the words of a taxi driver I met, who was describing what he sees at night from inside his long-lasting insecticide-treated net (LLIN). Of course, he was only saying what all of us battling the scourge of malaria in Burkina Faso know to be true: standard pyrethroid-only bed nets are simply not doing their job to protect our communities against malaria vectors.

Those mosquitoes that are dancing atop our nets have built up resistance to pyrethroids, a class of insecticides used in standard LLINs. These mosquitoes and their offspring are developing an increasingly complex and heightened resistance1,2. This is eroding people’s confidence in the effectiveness of standard LLINs as they are no longer killing mosquitoes nor preventing malaria.

In 2014, we knew this was a serious problem when a study documented that it took more than 1,000 times the prescribed dose of the active ingredient in the LLINs, deltamethrin, to kill resistant mosquitoes in the Kou Valley3. The level of insecticide resistance found in mosquitoes in Burkina Faso is known to severely affect the performance of LLINs. One fact is clear: this resistance intensity has been associated with causing control failure resulting in a dramatic increase in malaria cases. Meanwhile, a new type of LLIN combining piperonyl butoxide (PBO) with deltamethrin was emerging as an innovation able to tackle the challenges of insecticide resistance. However, a lack of consensus over standardized methods to measure the intensity of insecticide resistance and the inability to link it to the failure of vector control tools, such as standard mosquito nets, has delayed a more effective response by the international community.

Without greater evidence and a policy change, the 2016 LLIN mass distribution campaign in Burkina Faso was left with little choice but to deploy standard pyrethroid-only mosquito nets throughout the nation. These standard nets while less costly4 (PBO nets cost about 0.8 cents more than a standard net) provide less effective coverage than piperonyl butoxide (PBO) long-lasting insecticidal nets which have improved control of malaria transmission, especially where pyrethroid resistance is prevalent5. As a result, the short term financial approach of distributing standard LLINs outweighed the more life-saving approach.

In early 2018, when it was time to prepare for the 2019 LLIN Universal Distribution Campaign in Burkina Faso, the government was faced with a decision: once again distribute the standard pyrethroid-only nets or proceed with innovative next-generation nets, such as PermaNet® 3.0? Compared to standard pyrethroid-only nets, PermaNet® 3.0 is a pyrethroid-PBO LLIN backed by over 10 years of data. This product and its increased efficacy claim were reviewed and supported by the WHO Vector Control Advisory Group6.

A bed net that can kill mosquitoes and prevent mosquito bites is key for malaria prevention. When the insecticides are no longer capable of killing mosquitoes, decision-makers should move on to the next most effective tool. It has been documented that these new LLINs increase the effectiveness of the pyrethroid insecticide7 and in Burkina Faso, they were shown to provide 30% more protection. PermaNet® 3.0 LLINs offer the greatest increased efficacy8 against the very pyrethroid-resistant malaria vectors present in Burkina Faso, which are spreading rapidly throughout malaria-endemic Africa.

Strength in numbers: a country that mobilized

The National Malaria Control Program (NMCP) had recently created the National Committee for the Management of Resistance (CONAGRI). This brought together all entomological and epidemiological forces within Burkina Faso, representatives of the national malaria control community, and governmental decision-makers.

To stimulate the vector control research pipeline in the region, build evidence and strengthen capacity, the Partnership for Increasing the Impact of Vector Control (PIIVEC) was formed, uniting Cameroon, Burkina Faso, and Malawi, with support from Liverpool School of Tropical Medicine (LSTM). Rigorous data and hard science documented the ineffectiveness of the old standard nets and the urgency required to transition to the new generation of LLINS: PBO LLINs5,9.

While Burkina Faso would like to fully halt the use of standard pyrethroid-only LLINs, and replace them with next generation ones, current budgetary constraints make that impossible. As a result, the 2019 campaign was only able to deploy next-generation LLINs in four prioritized regions. This represented merely 30% of total LLINs needed for the entire population.

This first-ever multi-product distribution campaign included 2.9 million next generation nets (1.4 million PBO PermaNet® 3.0 nets, 1.5 million Dual Active Ingredient nets subsidized by USAID) and 9.4 million standard pyrethroid-only LLINs. Scientists within the country are working to ensure that impact studies are conducted to compare all the types of nets deployed. This will enable us to have comparative data for three different kinds of nets deployed in a national distribution campaign to protect people against malaria.

Field workers and community members are delighted with the PermaNet® 3.0 “beautiful blue-topped nets with soft material sides” that are being distributed. Mosquitoes, on the other hand, are not as thrilled. The results of two cluster randomized control trials conducted in Tanzania and Uganda have advised the WHO policy on the deployment of PBO LLINs including PermaNet® 3.07 5,9. We hope that a full transition away from standard LLINs to PBO LLINs in countries facing insecticide resistance will occur during the 2021-2023 Global Fund funding cycle, ensuring that we stop the mosquitoes’ dance once and for all. 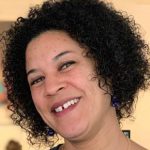 4 World Health Organization. Conditions for use of long-lasting insecticidal nets treated with a pyrethroid and piperonyl butoxide. Available from: https://www.who.int/malaria/areas/vector_control/use-of-pbo-treated-llins-report-nov2015.pdf?ua=1 [Accessed 15 May 2020].

6 Scott TW. The WHO Vector Control Advisory Group (VCAG) – A Joint Activity of NTD and GMP. Available from: https://www.who.int/malaria/mpac/mpac-oct2017-vcag-report-session5-presentation.pdf?ua=1 [Accessed 11 May 2020].