A New Standard of Care for Malaria Prevention

The US President’s Malaria Initiative Malaria Operational Plans and the new Global Fund Country Proposals under development are overwhelmingly calling for the rapid deployment of PBO LLINs. Donors and national malaria programs are driven by scientific proof: PBO LLINs deliver the greatest level of protection against insecticide-resistant mosquitoes.  A second randomized control trial in Uganda[1] distributed over 5 million PBO LLINs. PBO LLINs demonstrate better malaria protection and the evidence generated in this study is expected to support the finalization of the WHO policy for deployment of PBO LLINs. The speed in which PBO LLINs are being embraced is a cause for celebration. However, it is unclear which LLINs with PBO are eligible to be deployed under the WHO policy.

A total of five LLINs with PBO exist on the market, two of which were included in the Uganda LLINEUP study[1]: PermaNet® 3.0 by Vestergaard and Olyset Plus by Sumitomo. Three other LLINs do not have proven efficacy claims against pyrethroid-resistant malaria vectors. The ability of these LLINs to kill resistant mosquitoes has not yet been validated by WHO. An ongoing product review being conducted by WHO Prequalification is essential to ensure only high quality, effective products are prequalified into a class of LLINs designed to kill insecticide-resistant mosquitoes.

It is worth noting that experimental huts studies are required for the evaluation of LLIN efficacy against wild mosquito populations, but they have their limitations. One aspect of hut studies is the use of standard 20 WHO washes, which was a method developed to assess pyrethroid-only LLINs, as a proxy for three years of use. This method will not be adequate to assess the loss of PBO in the formulation of the net over time. The main ways that PBO is lost include evaporation and through physical mechanisms during normal use of the net. The ability to retain PBO in the formulation is key to ensuring effective malaria prevention throughout the lifetime of the net. Long-term studies must be a mandatory data requirement for WHO to evaluate the PBO LLIN candidates in addition to experimental hut studies.

With widespread pyrethroid resistance documented throughout Africa, we believe that the standard of malaria prevention must shift from pyrethroid LLINs to PBO LLINs. As demand for PBO LLINs is expected to greatly increase in 2021, it is now a matter of urgency for WHO and donors to clarify which of the five PBO LLINs should be deployed under the WHO policy. In support of the WHO policy recommendation, Vestergaard is committed to delivering a PBO LLIN, PermaNet® 3.0, that is scientifically formulated to retain PBO throughout the lifetime of the net and has been proven to effectively kill resistant mosquitoes, so that families in malaria-endemic countries can expect greater malaria protection. 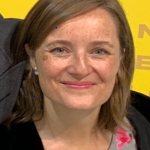